Commissioning of the world's first GICON® photobioreactor octagon for industrial production of microalgae.

On June 19th, the world 's first GICON® photobioreactor (PBR) octagon will be put into operation. The GICON-PBR® octagon is part of the EU project Space@Sea and is intended to be used, on floating work platforms in the oceans. Be tested and used as a producer of food. (This project has received funding from the European Union’s Horizon 2020 research and innovation programme under grant agreement No. 774253.) 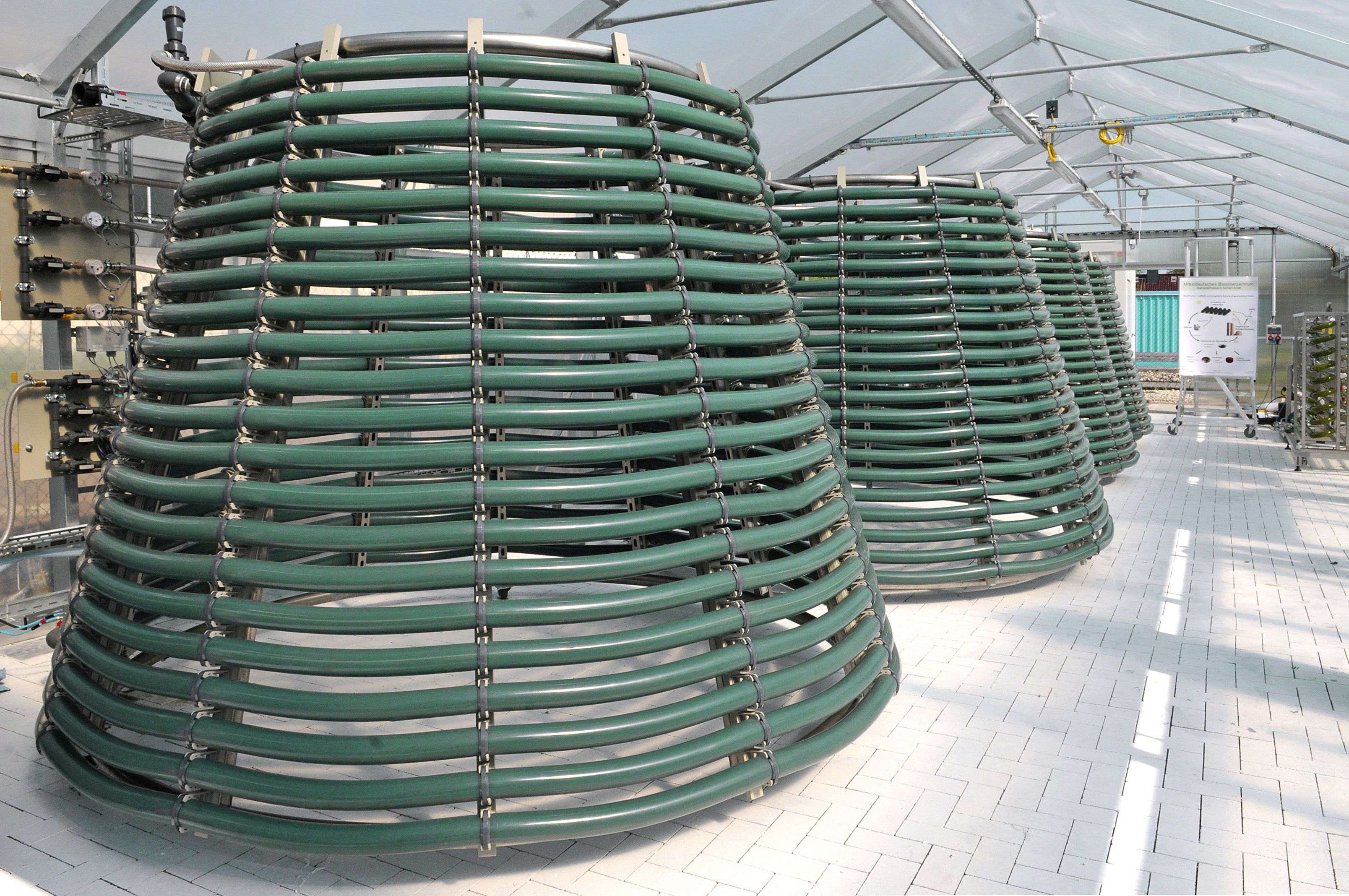 The Octagon was built in Cottbus, the branch location of GICON®. In the presence of the Lord Mayor of Cottbus Holger Kelch and Space@Sea Project Coordinator Maarten Flikkema the GICON® PBR octagon will take the next step for a successful use within Space@Sea and for a industrial use.

Photobioreactors are used to produce microalgae. The microscopic algae are considered to be the beacon for a bio-based future because they consume little water, have high productivity and, compared to plants such as corn or oilseed rape, require less land to produce biomass. In addition, they are rich in ingredients and serve as a raw material supplier for the cosmetics or food and animal feed industry as well as in the future as an energy carrier.

GICON® has been researching the topic of industrial production and use of microalgae for several years. A completely new type of photobioreactor has been developed, the GICON® PBR. With the commissioning of the GICON® PBR octagon, the next step is taken towards commercial use. The array of eight photobioreactors connected to a central unit represents the basic module for microalgae cultivation on an original commercial scale.

Thanks to its robust operating principle and innovative cooling system - consisting of a double-chamber hose from Wacker - and flexible designs, the reactor can be used all year around the world. For this innovation GICON® was awarded the "Innovation of the Month" badge by the German Center for Reasearch and Innovation in New York in 2012 and together with Anhalt University, it was awarded the 3rd prize in the Hugo Junker Prize in 2013.

“Thanks to the close cooperation with many partners we are able to celebrate the commisioning of the world's first GICON® photobioreactor octagon in June. Our Biogas Technlogy Center in Cottbus has been an innovation center for many years and is increasingly being used for new, interdisciplinary R & D projects. This milestone rewards us for the work that we have done in particular at the ‘Mitteldeutsche Biosolarzentrum’ together with Anhalt University of Applied Sciences and Space@Sea.”

To the company: GICON ® is an independent group of engineering companies with 350 permanent and around 150 freelancers. The company was founded in 1994 in Dresden and currently operates 13 branches throughout Germany and maintains representations in Colombia, China and Russia.

This project has received funding from the European Union’s Horizon 2020 research and innovation programme under grant agreement No. 774253.

SPACE@SEA is not responsible for the content of third-party sites to which we link from this site.